Assisting those who prepare for ministry
7

There is no dignity so high, no responsibility so great, no work so noble, no reward so blessed, no life more full of beatitude, than that of a faithful Priest. It is a singular mark of God’s predestinating love that He calls any of us into this association with Himself.

A Letter to Candidates for Holy Orders

“Lord Jesus, you are the Good Shepherd who cares for his flock: We ask you to bestow upon your Church the gifts of the Holy Spirit in abundance, and to raise up from among us faithful and able persons called to the ministries of Deacon, Priest, and Bishop. Inspire them to spend and be spent for the sake of the Gospel, and make them holy and loving servants and shepherds of the flock for whom you shed your most precious blood. Grant this for the sake of your love. Amen.”

“[T]he vocation, that state of life to which one is called, of the seminarian is both a ministerial one by anticipation, i.e. the vocation as such is not something which begins only with ordination, and it is a calling to specific responsibilities and privileges which characterize the member of a particular educational-religious community.” (Clothed with Salvation, Preface)

There is no disputing the fact that the Seminarian occupies a unique place within any Church body. He seems to be in one instance a member of the clergy. He is invited to preach on occasion and the typical parishioner will ask him about his studies and what new tidbit of historical or ascetical theology he has learned that semester. Likely, he will be invited to play some role in the liturgy or to bless the food before a parish potluck. Within him, the priestly or diaconal vocation is already glimpsed. In another sense, however, there are those who have grown up within the Parish, sat under the catechism, and spent a lifetime bringing children to the Font who can easily outwit and out-teach the feeble Seminarian. Despite the little honors afforded him, he still occupies the role of student. It is a confusing time for any man, and yet one of immense importance!

We want to aid him in this awkward time of formation. It is the Society’s great hope to provide the Province’s Seminarians with resources that will enable them to become clergymen that exemplify the best aspects of our patrimony. Those who join our list will be notified about these resources – as well as about our various Ministries – as they are made available. 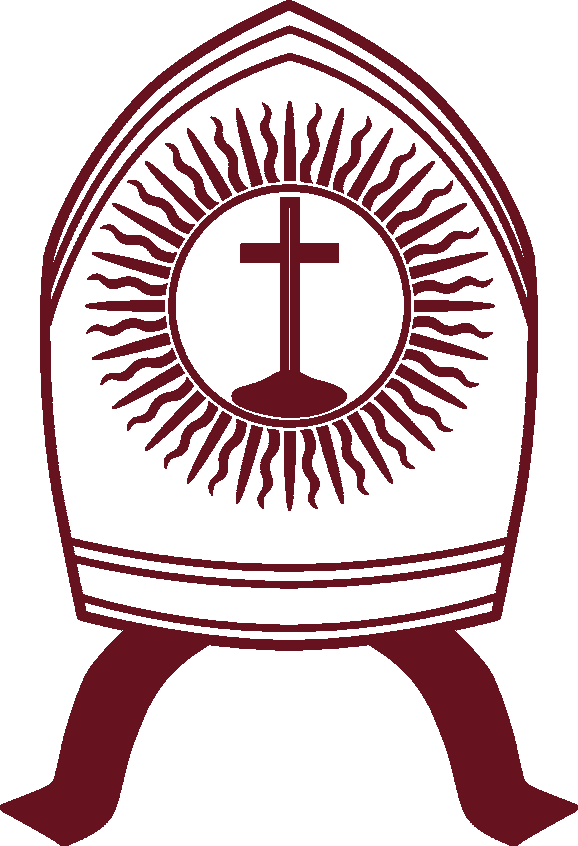 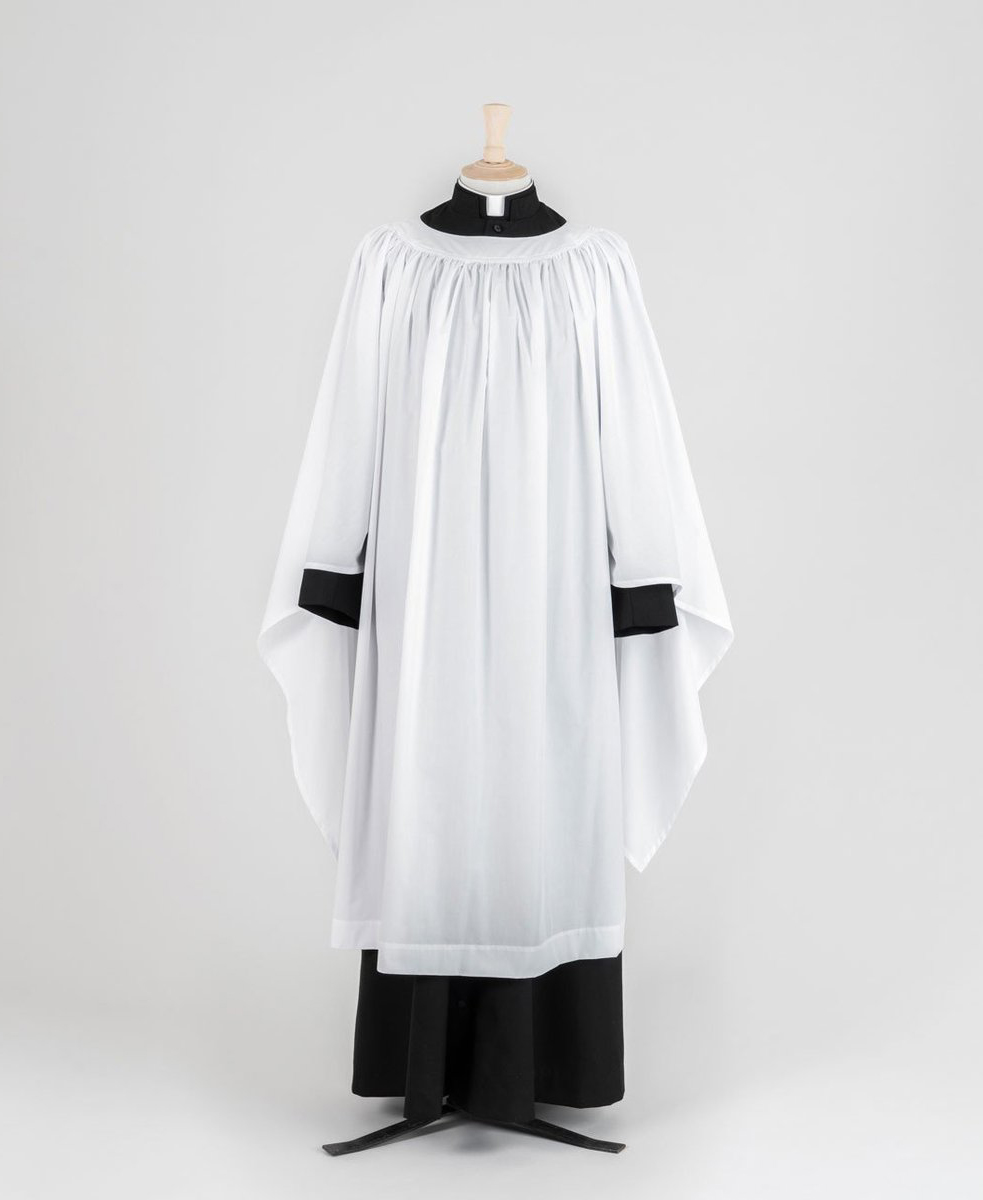 The Society is pleased to announce that just as last year, the very talented Molly Holleran of Seemly Seams will be providing her services for the production of Six Full English Surplices to be donated to ACNA Seminarians. In addition, this year’s Seminarians will also be receiving Hand-Crafted Reader’s Scarves and Preaching Bands. It is our goal to keep these Surplices for Seminarians giveaways a yearly occurrence. These  English Surplices, Scarves, and Bands will be given at random to six Seminarians during the last week of Advent 2021 and shipped in Christmastide. This is our way of celebrating the Feast of the Nativity in a manner that is fun and edifying to the Province.

Seminarians may be entered into the drawing by first Joining our Seminarian List. Seminarians will be prompted to provide proof from their Diocese indicating that they are at least a postulant for Holy Orders, as well as proof of enrollment in a Seminary. Once on our list, you may enter the giveaway below: 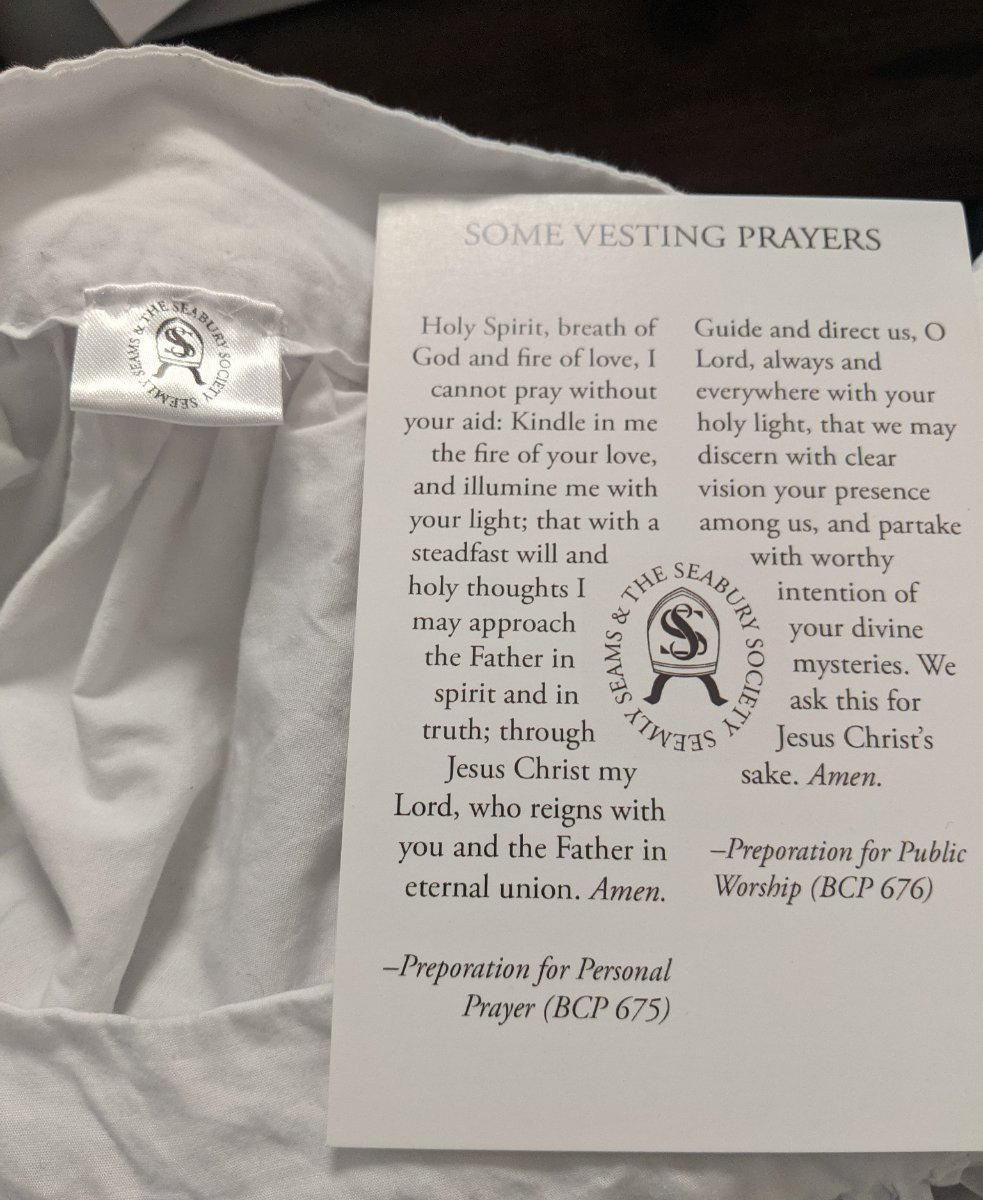 The surplice should fall to within about six inches of the ground, or to the ankles; and at the very shortest—by way of transition—nothing should be tolerated that is not well below the knee. It may be mentioned here that men are apt to think their surplices longer than they really are, because, when one leans forward to look at the length of the garment, it drops several inches in front. A further cause that has led to the gradual cutting down of garments is the rage for cheapness, and the desire of the tailor to save as much material as possible. Before vestments became a commercial article, they remained full, on the Continent as well as here. Now the worship of Mammon has so far entrenched on the honour due to God that the sweater has his own way with us, and it is considered seemly for a minister to appear in church in the garment called a ‘sausage-skin,’ a so-called surplice that is not only short, but is entirely deprived of gathers, so that a few extra halfpence may be saved from the cost of worship. 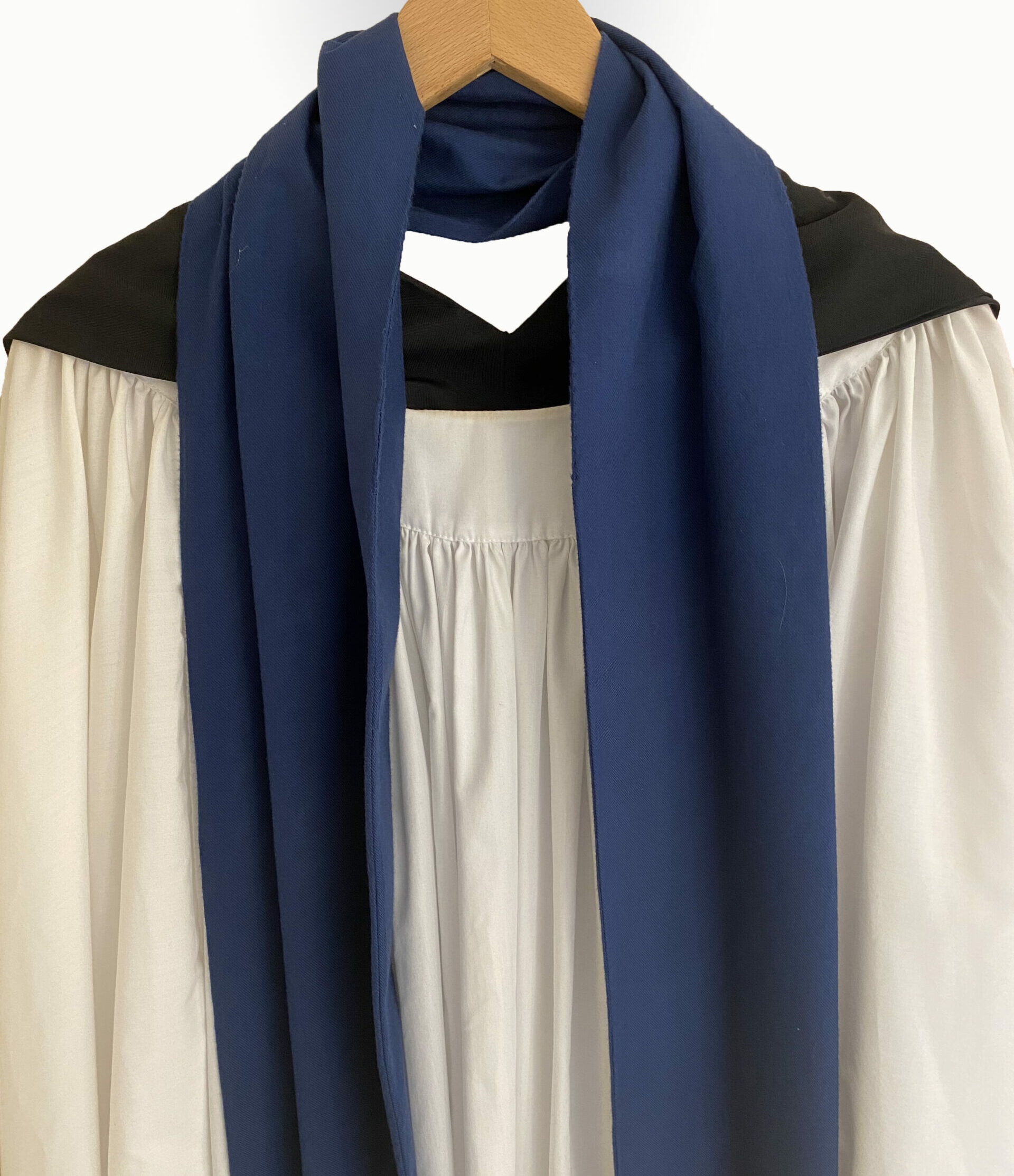 The Scarf – or ‘Tippet’ – is just that, a scarf. It is not a stole or a ‘vestment’ (properly speaking). Rather, the scarf is a part of choir dress and is worn at every Choir Office: Morning, Noonday, and Evening Prayer, as well as Compline if said publically. Those in Holy Orders (Bishops, Priests, and Deacons) wear a black scarf during these Offices. Laity who are licensed to lead non-sacramental liturgies and teach may wear a blue scarf. These individuals are often called ‘Lay-Readers’ and therefore the blue scarf is also called the ‘Readers Scarf.’ Other names for this role are ‘Parish Clerk’, ‘Subdeacon,’ or ‘Epistler’ (as they have the privilege of reading the Epistle in the Liturgy). As the Seminarian will likely serve in one of these roles at some point throughout his vocational training, it is appropriate for him to have the means of dressing appropriately. Seminarians are not entitled to wear the Readers Scarf, but only if they are licensed by the Bishop. All Seminarians are likely Readers, but not all Readers are Seminarians. Check with your Diocese to be sure.

The Scarf is worn over the Cassock, Surplice, and Hood. This is because we are first baptized and made regenerate (White Surplice), set out to study the things of God (Academic Hood), and only then are we admitted to a teaching vocation in the Church. 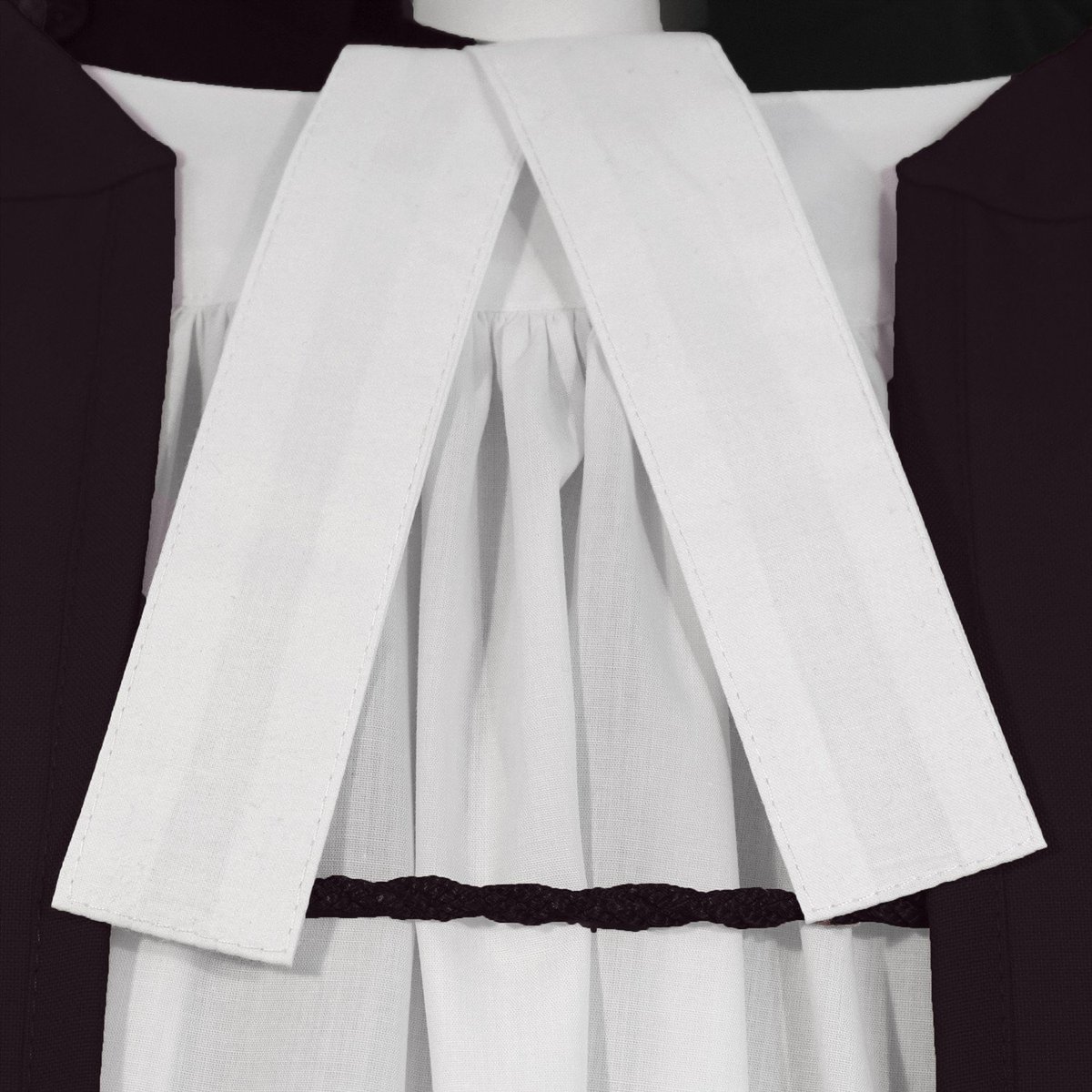 Like the Scarf, ‘Preaching Bands’ – or simply ‘Bands’ as they should be called – are non-Eucharistic; they can be worn whenever the Surplice is worn. They can be thought of as a sort of Liturgical Bow Tie: they make certain service formal. At one point in time, they were the daily wear of clerics and students alike. In our day and age, it is appropriate to wear them at the Choir Offices of Red Letter Days (those days of obligatory commemoration in the Prayer Book) and their Vigils.  They may also be worn at services of particular solemnity such as the Feast of the Consecration of Samuel Seabury for members of the Society, Weddings, Thanksgiving Services, Remembrance Sunday, or for the Burial of the Dead –all provided there is no Eucharist. They should also be worn over the black gown at particularly important instances of teaching such as Lessons and Carols in Advent, the Three Hour Devotion in Passiontide, or addressing a graduating class.

The Bands are worn over the Cassock, Surplice (Rochet if you are a Bishop), Hood, Scarf, and (if worn) Cope. Otherwise worn over Cassock and Gown.

To theological students, in whose welfare I am most truly interested, I can speak with plainness; for at the present day, if amid the prodigious efforts of Popery—the beautiful example set us by various denominations in this country—and the delightful, the noble stand which our highly honored mother, the Church of England, has at last taken in reference to missions, there is even one, looking to the ministry, who has not in all sincerity and from his heart said to his Saviour, Speak, Lord, for thy servant heareth—and is not ready to say to the Church, Here am I, send me—he has mistaken his calling.

The Duty of the Church with Respect to Missions

The seminarian who studies his theology and says his prayers with an unmixed desire to serve and please God will presently become convinced that God is redeeming the world for him and making all things new.

Clothed with Salvation: A Book of Counsel for Seminarians

“O God, you led your holy apostles to ordain ministers in every place: Grant that your Church, under the guidance of the Holy Spirit, may choose suitable persons for the ministry of Word and Sacrament, and may uphold them in their work for the extension of your kingdom; through the great Shepherd and Bishop of our souls, Jesus Christ our Lord, who lives and reigns with you and the Holy Spirit, one God, for ever and ever. Amen.”

Being a Seminarian is difficult – and often expensive. To make things easier for those preparing for the Ministry, the Society will provide resources free of charge to Seminarians within the Anglican Church in North America. To take advantage of these resources, simply join our Seminarian List above. Then simply scroll to one of the books below, enter the same email provided while joining the Seminarian List, and then click ‘Request’.

Only one copy of each book will be provided to Seminarians. Book orders may not be immediate depending on available funds. If you would like to support this ministry, please consider making a donation above. 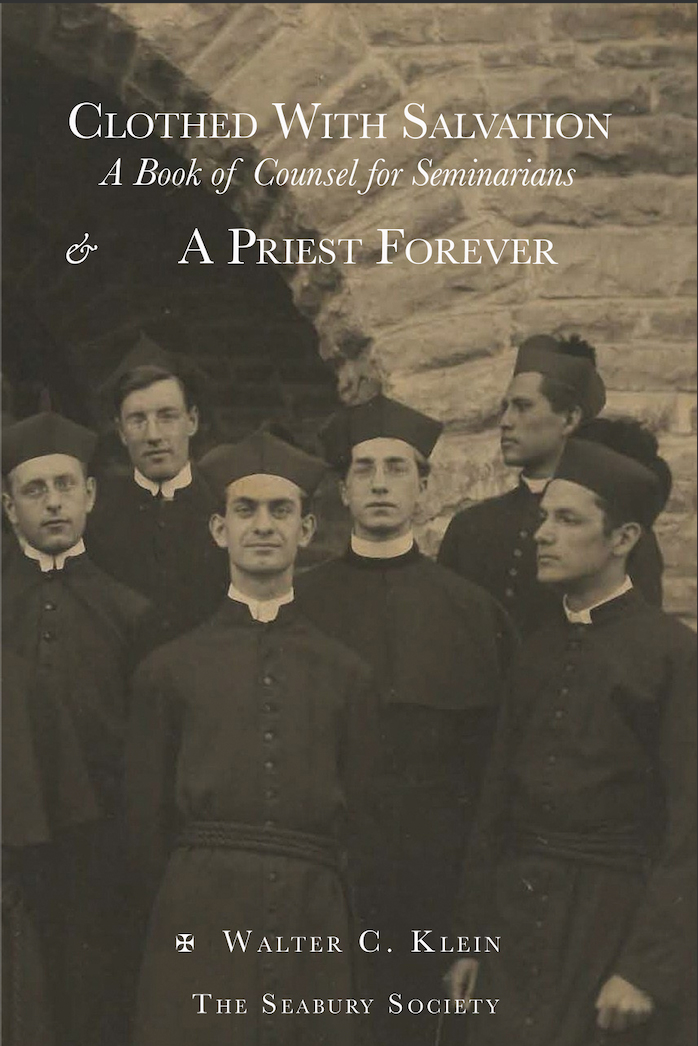 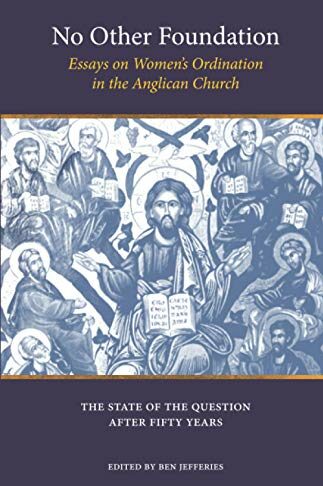